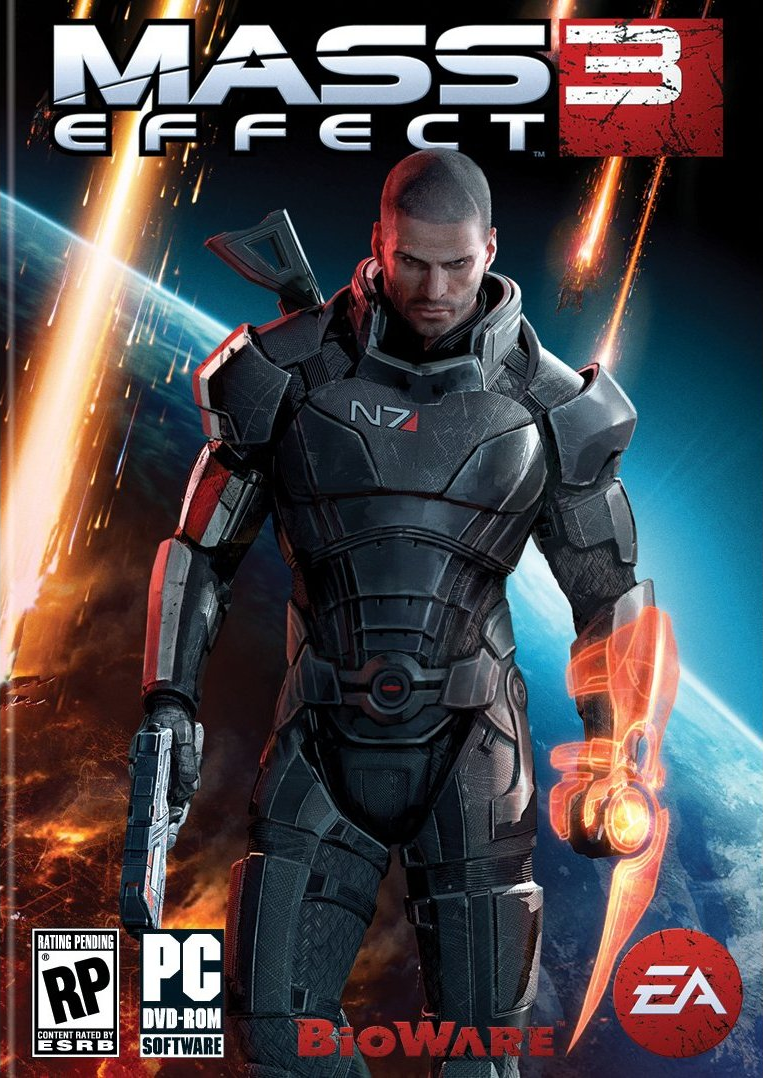 4 days ago I finished Mass Effect 3.

A very cool astonishing game with a … fully dumb finale. Up to the very last 5 minutes the game is just – WOW! The cinematic is breath-taking. The unfolding of Shepard’s part in saving the galaxy is staged in way which leaves many other games way behind. If you didn’t play Mass Effect 3, you didn’t see any story telling in games. This is a fantastic journey into a vast in wonderful world.

The downside: there are some. Sadly this could have been one of these perfect games, like Bioshock. But, well … First: hide and duck is on keyboard SPACE. Jumping over some obstacles is on keyboard … SPACE. Therefore I found myself often running towards a barrier in order to protect from the heavy firing in front. Coming closer I pressed SPACE … only to jump over (!) the protective barrier right in the middle of firing. First, I got WTF! but then I got used to this and even took it with a smile. Even on normal level this game ain’t really difficult. Some jumping right into middle of hell instead of hiding myself got me some funny moments and to lough at: a running gag (literally).

Then bugs, bugs, bugs! I could not solve the mercenary mission with Aria: Bailey keeps asking me to talk to the prisoner. I did once and can’t enter area ever since. What a shame! This is a well known plot-bug and Bioware could not fix it? Also one time I found myself sticking in place with my comrades in front not letting me pass. I couldn’t help but reload.

Also the side-missions: in your log you keep track of what to find, where and bring to whom. But sadly I didn’t figured out: a) do I already have the item in question and b) where the heck have I left the person waiting for the item? I found myself running all over the Citadel again and again, only to find one whose items I already found on a planet. This could have been handled better.

Talking about finding things on planets: ME3 introduced yet another mini-game in planet scanning. Why? Why not drop this? I mean, seriously: who really liked that? Well, it is not as bad as in ME2 … but still.

And then: some plot options are not really comprehensible. E.g.: on Rannoch you can only create peace between the Geth and the Quarians if you have made certain decisions in ME2 and loaded one of the save games. But, hey, I can’t see why these decision play a fundamental part in solving the Geth-Quarians conflict in any way different? But ok …

Finally, the ending with the resolution of the Reaper war is … just … bonkers. In a universe with such illogical conclusions as presented at end, hey, anything goes! I’m pretty confident that ME4 will be a great game. Having seen the end of ME3 I have no doubt that any 10-year-old boy could come up with a reasonable solution consistent with the ending in ME3 and this universe in principle to continue this franchise.

All the glitches above drop the number of stars but still: this is a great cool game (until the end). I award this game 8 out of 10 stars.