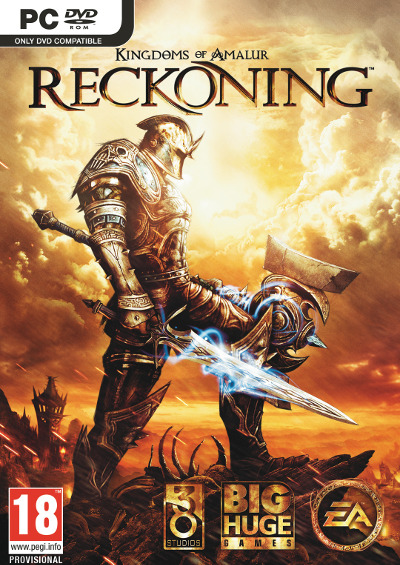 This game has been created by “Big Huge Games” featuring the “Big Huge Engine”. And yes this game is BIG, it’s HUGE.

But it ain’t great.

Mhm, yes: from an RPG mechanics point of view you have a lot of cool features: tons of items, item comparision, crafting, skills, lots of quest, cool combat mechnanics, nice interface, neat graphics and and and … all subperb ingredients for a really stunning RPG game.

But. Then … see: you awake in the West only to get informed that yet a great evil Gadflow has risen in the East. He charges waves of Tuatah to the West in order to kill all of the Faelands. Your duty is to go to Alabastra and face him only to find yourself struggling with the even meaner menace: Tirnoch. But there is no ring or other fancy object involved you have to destroy in a complete ignorance of the property rights of its former owner (hey, it’s “for a good cause!”). Just go there and slain the big dude: US Republican way of solving problems.

And the above “story” is stuffed under a pile of boring sidequests all of “get A”, “deliver B to C” or “kill X monsters”. No turns, no tweaks. All straight forward. The interface is that nice and nifty that you talk to NPCs (which -btw- all sound the same), the quest marker pops up on the HUD map and off we go! I often found myself just chasing these markers without knowing why. I forgot the meaningless gibberish of the quest giver. I stopped caring after ~10 hours gameplay. The world lost my interest, but still runnig around and fighting has some cool moments.

Ah, gameplay: I needed 117 hours to face the final battle. At this moment I’ve been level 41 and it was a piece of cake to finish off the great, evil world destroyer in normal mode.

This game makes me sad. In the very first 10 hours you get a clue about the coolness what has been implemented into the interface (the combat art is real cool and one of the best yet seen!). The world is charming and it starts of very, very nice. But then the game degrades and gets boring, boring, boring, boring. It’s BIG, it’s HUGE … it’s too much, it’s boring. Quantity is not quality. You get into some conversations like an NPC rewarding you with 1200 gold and asks you not to “spend it all at once!” which is just plain stupid compared to the 5000000 gold I’m carying around already.

Less would have been more. What a pity. Too ambitious. They overdid it.